Do I Need to Use a British Accent When Auditioning for Shakespeare? 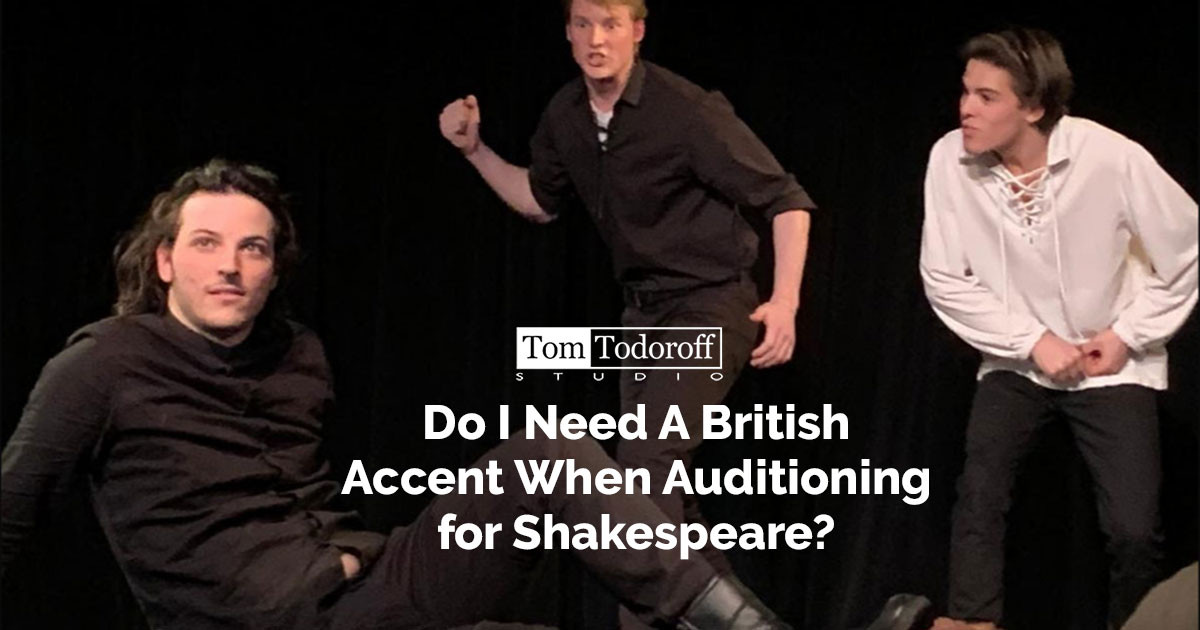 The short answer is NO. Unless a particular dialect is specifically requested by the auditors, you will *always want to use your NATURAL speaking voice. (*Exceptions to this rule are characters who are specifically written in dialect such as Don Armado in Love's Labours Lost and Katherine in Henry V.) As a general rule, British dialects don't become necessary until the 19th century and should only be used for plays *originally written in the English language in which location/nationality is specified in order to tell the story - eg. The Importance of Being Earnest (Wilde), Pygmalion (Shaw). (*English translations of plays by Chekhov, Dumas, Ibsen, Strindberg, etc. should be spoken in your NATURAL speaking voice.)

Suit the action to the word, the word to the action...

Shakespeare himself instructs us to keep things natural when he shares his thoughts on acting found in Hamlet.

…” let your own discretion be your tutor. Suit the action to the word, the word to the action, with this special observance, that you o’erstep not the modesty of nature.”

In other words: Trust. The. Text. Let it guide and justify all your choices. You do not need extraneous embellishments which will only serve your ego and muddle the story.

Use your own voice and your best diction

To put things in perspective, many of his plays were not even set in England!  Italy was a common background too, so just rehearse and audition in your normal voice as you would say it.  Be a human first.  Be colloquial in your delivery.

Your natural voice is what the auditioning panel wants to hear.  All the leading voice teachers in the world today encourage use of the natural voice and language.  So just relax and generously share your unique and captivating truth. Break a leg!