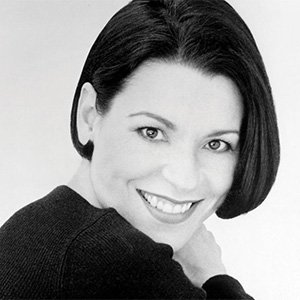 Dana Moore is a veteran of the Broadway stage. she was last seen on Broadway as Not Guilty (Hunyak) in CHICAGO. Dana was also featured in FOSSE (now on DVD), which chronicled Bob Fosse’s work from stage, film and television.

Dana's other Broadway credits include: A CHORUS LINE, SWEET CHARITY, BOB FOSSE'S DANCIN', ON YOUR TOES, THE WILL ROGERS FOLLIES, HOW TO SUCCEED [...], SINGIN' IN THE RAIN, DANGEROUS GAMES, SUGAR BABIES and COPPERFIELD.

Dana has toured with CHICAGO and FALSETTOS and appeared in the following films: THE PRODUCERS: THE MOVIE MUSICAL and Woody Allen’s EVERYONE SAYS I LOVE YOU.  Dana is a Musical Theater faculty member at Marymount Manhattan College and conducts master classes in cities across the USA. Internationally, Dana has worked as teacher and choreographer for the International Dance Intensive in Cyprus, Badar Dance Institue in Oslo, Tapage Dance Company in Toulouse, and the Jazz Musical Theatre Program at Jacob’s Pillow in Massachusetts. Dana is also a founding company member of Chet Walker’s Walker Dance Company.