“Tom is a force of nature. He’s that rare teacher who inspires you to surprise yourself. With Tom, you not only do your best work-you get work.”

“Tom is an amazingly gifted teacher. I was so inspired by his class that I have been working madly. It is a miracle. He is intense, intelligent, and inspiration incarnate. I left his class dancing and have not stopped!”

“Tom is brilliant with the verbal and he’s connected to his bollocks! He’s an actor’s director.”

“Todoroff is the best. Look no further… all you need is TT.”

“Tom Todoroff is the acting world’s version of Tom Tellez my track and field coach – the best in the world.”

“Tom is a born healer”

Teacher/Author: Co-founded the American Center for the Alexander Technique, and taught at The Juilliard School for more than 20 years, etc.

“For me, Tom’s class was a dose of inspiration. As a director I am constantly referencing things I learned from Tom. On every project I do, I hear his voice repeating “specificity kills cliche.” It has become a mantra that hangs on my office wall. His classes will undoubtedly make you a better actor and, perhaps even more importantly, they will help you become a better storyteller.”

Director/Actor: “Undefeated” (Oscar Winner), “I Am Dying”, “Last Cup: Road to the World Series of Beer Pong”, “My Favorite Picture of You”, etc.

“Tom’s choices are very bold and very specific. He is a fine actor and director.”

“Tom’s care, sensitivity and insight are second to none.”

“Tom Todoroff is quite a masterful director of actors.”

Guitarist/Composer/Record Producer: Member of the Yardbirds, Co-founded Led Zeppelin. Member of the U.S. and U.K. Rock Hall of Fame. One of the most influential and versatile guitarists and songwriters in rock history.

“My friend and colleague Tom Todoroff teaches acting technique, audition technique, and scene study in a clearer, more efficient and more dynamic way than any other instructor to whom I have been exposed.  His approach is rooted both in common sense and in a deep understanding of the psychology of actors, literary characters and human beings in general.  If I wanted to be an actor, Tom’s the guy.  Oh, and he’s fun!”

“Simply put – he’s the best!  I rank him with the likes of Stella Adler with whom I studied.  Tom inspires actors and teaches them how to use their instrument.  He gives them the freedom to create on every level.”

Actor/Teacher/Author The son of operatic tenor Jan Peerce and talent agent Alice Kalmanowitz Peerce, Larry Peerce was born in the Bronx, New York City.  He made his directing debut with “One Potato, Two Potato”.  This groundbreaking drama about an interracial marriage between a white divorcee (played by Barbara Barrie, who won the Best Actress award at the 1964 Cannes Film Festival for the role) and an African-American office worker (Bernie Hamilton) was the first U.S. film to portray such an interracial relationship.  Peerce directed the early rock & roll concert film “The Big TNT Show” featuring the Byrds, Ray Charles, Bo Diddely, Donovan, The Lovin’ Spoonful, The Ronettes and The Ike & Tina Turner Revue.  He directed “The Incident”, “The Sporting Club”, “A Separate Peace”, “The Other Side of the Mountain” and the acclaimed “Goodbye Columbus” an adaption of a Philip Roth novel, (starring Ali MacGraw and Richard Benjamin).  Television work includes: “Queenie”, “The Neon Empire”, “A Woman Named Jackie”, “North and South: Book III”, “The Wild Wild West”, numerous episodes of “Batman” and “The Green Hornet” (pilot with Bruce Lee).  He studied at the University of North Carolina, Columbia University and with Stella Adler. 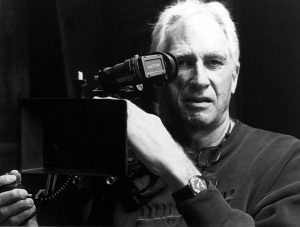 “Tom is a wonderful teacher who can be incredibly supportive and incredibly demanding at the same time.  His class is riveting from beginning to end – I feel refreshed at every turn!  With his specific coaching and direction scenes blossom into theatrical magic.  I studied with Lee Strasberg in New York, and Jeff Corey in Los Angeles, among others.  None come close to the clarity, the revelations, the richness and the supportiveness of Tom’s approach and method.  I leave this class stunned and sad that everyone doesn’t have Tom Todoroff as their coach and mentor.”

Filmmaker/Producer/Director – Sanders is an american filmmaker having produced and/or directed more than 70 dramatic features, TV specials, documentaries and portrait films.  He produced and photographed the Oscar-winning Dramatic Short “A Time Out of War” and he also received an Academy Award for Best Documentary Feature for “Maya Lin: A Strong Clear Vision”.  He co-heads The American Film Foundation.