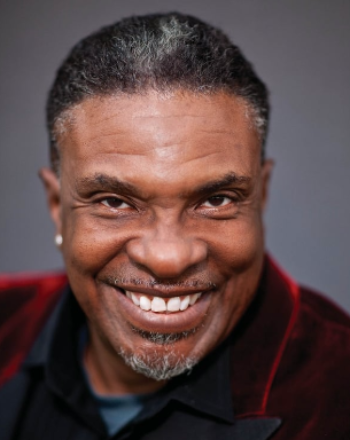 Keith David is a Tony Award nominee and three-time Emmy winner. He recently starred in “Greenleaf” for Oprah Winfrey’s OWN network and provides the narration for Ken Burns’ upcoming “Muhammed Ali.” Other recent features include 21 Bridges with Chadwick Boseman, Night School with Kevin Hart, and Tales from the Hood 2. Additional titles include the Academy Award-winning films Crash and Platoon, Disney’s The Princess and the Frog, Requiem for a Dream, Men at Work, They Live, There’s Something About Mary, and The Thing. Other TV credits include: “Creepshow,” “NCIS: New Orleans,” “Blackish,” MacGyver,” “Fresh Off the Boat,” “Community,” “Enlisted,” “ER,” and “Mister Roger’s Neighborhood.” On Broadway, David starred in August Wilson’s Seven Guitars and George C. Wolfe’s Jelly’s Last Jam for which he garnered a Tony Award nomination for Best Featured Actor in a Musical. David’s work as a voice actor has made him a household name. His rich and powerful voice has been featured in national commercials, award shows, documentaries, video games, and animation. In addition to “Muhammed Ali”, his work in narration has earned him three Emmys for Ken Burns’ “Jackie Robinson,” “The War,” and “Unforgivable Blackness – The Rise and Fall of Jack Johnson.”
Born and raised in New York, he enrolled in New York’s High School of the Performing Arts and continued his studies at The Juilliard School. After graduation, he was immediately hired by Joseph Papp as an understudy for the role of Tullus Aufidius in Coriolanus.