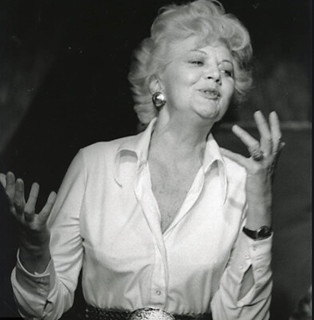 “To be an actor is to be a fighter. Mr. Todoroff is a real fighter. He has a brilliant facility for language and vulnerability, and by his example, teaches our class how to work”

Actor/Teacher/Author: Student and disciple of Stanislavski, actor with The Group Theater in the 1930’s, leading teacher and theorist, etc. 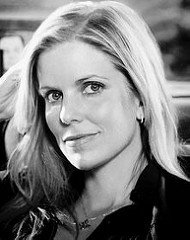 “When I first started going to Tom’s class, it was like an awakening for me.  Suddenly I was filling up my journals with tons of ideas and I was just buzzing all the time.  I was always in awe of how Tom could draw a great performance out of any actor and now I use all of his techniques too.  He’s a great director of actors, but he’s also giving actors the tools to direct themselves.  After that class, I felt very empowered and inspired!”

DGA Award nominated director.  Allen has directed 3 theatrical features for major studios:  AQUAMARINE, RAMONA AND BEEZUS  and CAREFUL WHAT YOU WISH FOR.   She’s also helmed over 25 hours of television including EMPIRE, THE EXORCIST, MACGYVER, GOSSIP GIRL, VAMPIRE DIARIES, 90210, FRANKLIN & BASH, FAMOUS IN LOVE and THE ARRANGEMENT.

“Tom teaches me how to trust my own instincts and to always work from myself. Whether auditioning or getting sides at the last minute on the set, Tom’s insight into being a “text detective” is immensely invaluable. When I’m not working, I can’t wait to be back in class. When the business overwhelms me, Tom reminds me why I love acting.”

“With great wit, warmth and insight Tom’s clearly articulated techniques ensure opportunity for tremendous growth and self-confidence. Above all Tom has that most precious of gifts one looks for in a teacher; he always dignifies his student’s efforts. The best in town!” 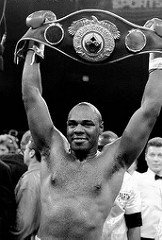 “In the world of boxing there is an unwritten rule about the fighter’s psychology:  “Don’t ever dare to enter it”.  Being naturally curious – and rebellious, I was compelled to do otherwise.  Acting is the flip-side of boxing;  same instrument, different set of muscles.  I learned that and many other invaluable lessons while diving headfirst into my psychology, and the psychology of others, under the uncompromising yet compassionate eye of Tom Todoroff.”

Former WBO Heavyweight Champion of the World, 2016 New York City Golden Gloves Hall of Fame Inductee.  As an actor he is best known as Sonny Liston in Michael Mann’s film ALI opposite Will Smith.

“Tom works at both a technical and an artistic level. He has that rare gift of giving the actor a belief in themselves so that they can explore the depth and motive of character, while at the same time giving them the means to convey this through language and voice. He is quite an exceptional teacher.”

“I tend to be a loner in my preparation, but I very much enjoyed working with Tom. I felt emboldened and secure on the set.”

“Tommy is the Invisible Coral Reefer. He hears stuff that only dogs hear and sees stuff that only eagles see! I go to work tonight with a clear falsetto and happy abdominal muscles… I’ve never canceled a performance. Thank you Talking Tom, my secret weapon.”

Singer/Songwriter/Author: “Tales From Margaritaville”, “Where is Joe Merchant”, “A Pirate Looks At Fifty”, etc.

“Tom is my coach, mentor and idol. I will always love his teachings. Tomacito is commitment and generosity personified.”

“Tom directed me to a whole new depth of preparation. I now play things I never thought I’d be able to.”

“From interpreting Shakespeare to navigating a call back, Tom will show you how to get the job.”

“I’m proud to say I was Tom’s first student. His talent and drive as an actor and producer have transformed him into one of the greatest teachers in the world. Tomitchka (Tom) is the fastest gun in the West.” 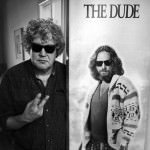 “When I attend Tom Todoroff’s class as a guest speaker and a student, I witness magical transformations of actors and their scenes.  But it isn’t magic.  it’s learning the craft with the best and how to tell a story passionately and clearly.  Wanna dance in the sun?  T.T. will light the path!”

Producer: Jeff “The Dude” Dowd is the basis for the Jeff Bridges Jeffrey “The Dude” Lebowski from the Coen Brothers film “The Big Lebowski”.  Jeff is an American film producer and political activist best known as a member of the “Seattle Seven” who went to jail (briefly, for contempt of court  following a violent protest against the Vietnam War.  His producing and promoting credits include “Zebrahead”, “FernGully: The Last Rainforest”, “Desperately Seeking Susan ” and “The Blair Witch Project”, etc.

“I love collaborating with him. We laugh a lot. Working with Tom restored my faith in my work and myself.”