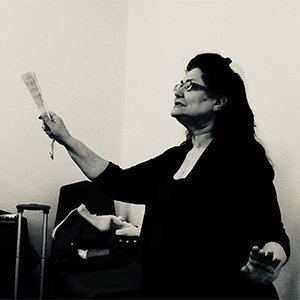 Movement for Actors (Movement I & II)

Janice Orlandi is a Movement Pedagogy and Period Style Specialist, and a certified teacher of the Williamson Technique and Period Styles including; Edwardian, Elizabethan and Restoration. She is certified in the Michael Chekhov Technique and has extensive training with Anne Bogart, Tina Landau, SITI Company in Viewpoints, Suzuki and Composition. She has studied with Richard Schechner and Members of East Coast artists in performance and extensive training in rasaboxes.

She has taught for over eighteen years in educational institutions in the United States and Europe, including, The University of the Arts, Philadelphia, Mason Gross School of the Arts; Rutgers State University; the Williamstown Theatre Festival; de Lindenberg Centrum voor de Kunsten, Netherlands; State Theatre School in Odense, Denmark; Ophelia Theatre School in Copenhagen and New York State Summer School of the Arts (NYSSSA). Her work as a director, actress, and movement coach has been seen at Princeton Repertory Shakespeare Festival, Expanded Arts, CSC Classic Stage Company, Circle Rep Lab and many other venues.

She is the Co-Artistic Director of Echo Repertory, New Vaudeville Theater and a founding Member of Expanded Arts Theater & Shakespeare in the Parking Lot NYC. She is certified to train in the Williamson Technique by Loyd Williamson. Janice was featured in AMERICAN THEATER MAGAZINE, in an article on current trends in movement training and theater education.
Janice is writing a book on physical techniques for the actor, THE ART OF TRANSFORMATION: CROSSING PEDAGOGY. She is the Artistic Director of the Actors Movement Studio and a member of Screen Actors Guild and Actors Equity Association.