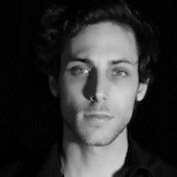 Joshua Troxler has been drawn to visual storytelling his whole life, beginning of as a painter and video installation artist (BFA from Lycoming College) and then moving into the world of acting and directing.  Troxler first cut his teeth as an actor in New York City studying under Stephen Adly Guirgis and Bobby Cannavale at Labyrinth Theater Company.  He subsequently graduated with an MFA (with honors) in Film Directing and Screenwriting from Columbia University, NYC.  Since then, Troxler has been active in his field as a director, writer and producer, most recently on his Documentary Feature Beulah Land.  Troxler's dedication to the craft of filmmaking is matched only by his love of teaching the craft and the history of film.  Troxler currently teaches at Columbia University and Hunter College in addition to the Tom Todoroff Conservatory.