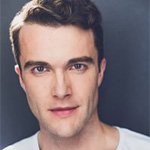 Patrick Mulryan is a Voice and Speech Teacher for the Tom Todoroff Acting Conservatory and a working actor based in New York.  He received his MFA in Acting from Brown University/Trinity Rep.  He has trained in Voice and Speech with Cis Berry, Andrew Wade, and Tom Jones.  Patrick recently appeared in Fiasco Theater’s acclaimed production of INTO THE WOODS at The Roundabout in New York (Lortel Award for Outstanding Revival).  He has been a Guest Lecturer in Voice and Speech at SUNY Purchase, Fordham University, and The Acting Studio.  Performance credits include: Fiasco’s CYMBELINE (Barrow Street, TFANA); BUM PHILIPS ALL-AMERICAN OPERA (La MaMa); AS YOU LIKE IT (Happy Few Theatre Company, NYIT Award Nomination); Fiasco’s INTO THE WOODS (McCarter, Old Globe); CABARET and IMPORTANCE OF BEING EARNEST (Trinity Rep); CHAIN OF FOOLS (Guthrie).  He has developed work with Tectonic Theater Project, TFANA, Fiasco, Lark, New Georges, and at the O’Neill Center (NMTC).  Other training includes: Moscow Art Theatre (NTI), Oberlin College (BA), and Guthrie Experience for Actors in Training (GEx 13).