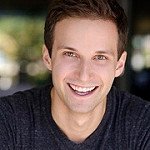 Philip Markle has performed and produced in hundreds of shows and taught students of acting and improv internationally, from Berlin to Bali. Philip graduated from Northwestern University and trained in improvisation in Chicago at The Annoyance, iO, and Second City. He moved to NYC in 2013 to launch the theatre and training center of The Annoyance Theater NY, where he acted as its Executive Director until Fall 2016. He is now the Founder and Artistic Director of The Brooklyn Comedy Collective, where he currently teaches and performs. Highlights include musically improvising with Baby Wants Candy in Chicago and BLANK: The Musical Off-Broadway in NY and his national-touring musical improv show Happy Karaoke Fun Time. As a storyteller, he has performed at The Moth and The Paper Machete and is a writer on Medium.com with 100k+ reads and has been published in Insider magazine. He is a proud member of the children’s education theatre companies The Story Pirates and Barrel of Monkeys. He executive produced, wrote, and acted in the digital shorts series "The Annoyance Presents" on IFC's Comedy Crib. Philip has written a one-man show, Sparkle Hour, which was featured to rave reviews in the 2013 NY International Fringe Festival. He regularly produces his monthly show Sparkle Hour, has played multiple shows at the historic Joe’s Pub in NYC, and released his first album of comedy songs “AT THE GAY BATHHOUSE” - available on streaming and digital platforms everywhere.