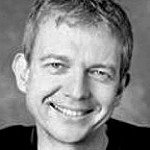 Mr. Wade trained at the Rose Bruford College, the Arts Educational School, and served as Head of Voice at East 15.  Mr. Wade was Verse Consultant on the film SHAKESPEARE IN LOVE.  He also coached Courtney Love for the role of Lady Macbeth, and worked on the musical LORD OF THE RINGS. Since leaving the RSC, Mr. Wade has continued to work all over the world in a freelance capacity. He teaches at the The Juilliard School, the Guthrie Theater in Minneapolis and at the Tom Todoroff Conservatory.  Mr. Wade also coaches voice & speech extensively for Broadway and West End productions including, most recently, MATHILDA: THE MUSICAL and HARRY POTTER AND THE CURSED CHILD.  Mr. Wade’s West End Credits include: LA TRAVIATA, DONKEYS’ YEAR, and BOEING-BOEING.