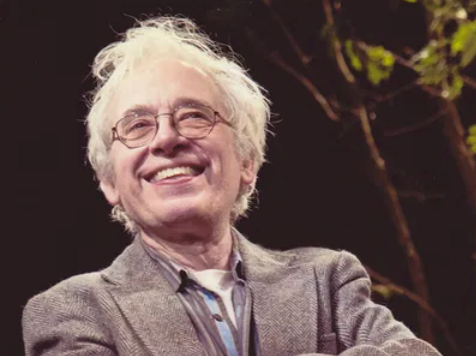 Austin Pendleton is an actor, director, and playwright.  He has acted in about 250 movies and appeared several times in such TV shows as HOMICIDE, OZ, and the different versions of LAW AND ORDER. Onstage in New York he has acted on Broadway (CHOIR BOY, at Manhattan Theatre Club; THE DIARY OF ANNE FRANK, with Natalie Portman; and as Motel the Tailor in the original cast of Fiddler on the Roof); off-Broadway (Obie winner for THE LAST SWEET DAYS OF ISAAC; ROSMERSHOLM, at Manhattan Theatre Club; UP FROM PARADISE, a musical by Arthur Miller and Stanley Silverman, at Jewish Rep; EDUCATING RITA, with Laurie Metcalf); and off-off Broadway (title roles in KING LEAR, HAMLET, RICHARD THE THIRD, RICHARD THE SECOND; new plays such as CITY GIRLS AND DESPERADOES, DRESS OF FIRE, CONSIDER THE LILIES). As a director he has been represented by the premiere productions of: A THOUSAND PINES, by Matthew Greene; BETWEEN RIVERSIDE AND CRAZY, by Stephen Adly Giurgis, which went on to win the Pulitzer Prize; FIFTY WORDS, by Michael Weller, with Elizabeth Marvel and Norbert Leo Butz; Chekhov productions at Classic Stage Company such as THREE SISTERS (for which he won the Obie, and which starred Maggie Gyllenhaal, Peter Sarsgaard, and Jessica Hecht), IVANOV, which starred Ethan Hawke, and UNCLE VANYA, with Mamie Gummer; A LOVELY SUNDAY FOR CREVE COEUR, by Tennessee Williams, with Kristine Nielsen and Annette O’Toole; WAR OF THE ROSES (Shakespeare, at HB Studio); HAMLET (also at CSC, with Peter Sarsgaard); THE LITTLE FOXES, on Broadway, with Elizabeth Taylor and Maureen Stapleton (five Tony nominations, one for direction and three for actors, including Ms. Taylor and Ms. Stapleton). He has written three plays: ORSON’S SHADOW (which ran off-Broadway for a year and was then done in London); UNCLE BOB, (which ran at the Mint Theatre in New York, and was then done in Paris, translated by Jean-Marie Besset), and BOOTH, which was done in New York starring Frank Langella. All of these plays have been published and have been done frequently around the United States.