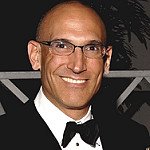 Casting director Todd Thaler’s filmography credits include more than 100 films and television shows. Thaler cast films such as LITTLE CHILDREN, PERFECT STRANGERS, BECAUSE OF WINN-DIXIE, IT HAD TO BE YOU, and THE PROFESSIONAL. He started his career as a production assistant for Jack Rollins and Charles Joffe, Woody Allen’s producers and personal managers. When they decided to cast the extras for Allen’s films in-house, Thaler was given the responsibility. He went on to provide additional casting for several of Allen’s movies, starting with THE PURPLE ROSE OF CAIRO. Thaler has worked with Barbra Streisand on THE MIRROR HAS TWO FACES and John Turturro on ROMANCE & CIGARETTES.

Thaler was nominated for an Emmy for Outstanding Casting for a Comedy Series for ED. He also cast Marcia Gay Harden in POLLOCK, for which Harden won an Oscar for best supporting actress, and Jackie Earl Haley in LITTLE CHILDREN, for which Haley was Oscar-nominated. His film, HANDSOME HARRY, debuted in 2009 at the Tribeca Film Festival, starring Jamey Sheridan and Aidan Quinn. Todd has cast several film and television shows since then, including THE GREEN, with Julia Ormond, and the TV series ARE WE THERE YET? on TBS.