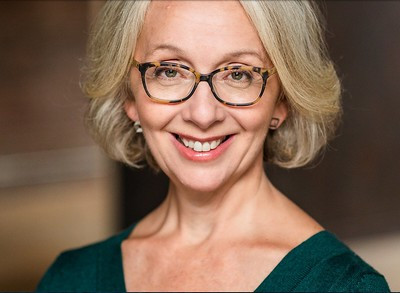 A veteran professional actor, singer, and director, Debora has taught voice and text in the George Brown Theatre School since 1998. She holds a voice performance degree (BMus) from the University of Toronto and a Masters in Fine Arts in Directing (MFA) from York University. She studied extensively with master voice teacher, David Smukler, and master singing teachers, Richard Armstrong, Patricia Kern, and Mary Morrison, and attended both the National Voice Intensive, as well as Shakespeare and Company in Lennox, Massachusetts, where she studied with Kristin Linklater, the ground breaking author of Freeing the Natural Voice. Debora headed the voice department in the School of Dramatic Art at the University of Windsor, and taught voice for actors at York University, the University of Windsor, and Erindale College (Uof T). She taught singing in the undergrad and graduate theatre programs at York University and in the Musical Theatre Department at Sheridan College. She also teaches voice, singing, and audition preparation in her private studio.

A Tyrone Guthrie award winner, Debora spent five seasons performing at the Stratford Festival and toured with the company to Broadway and the Old Vic in London, England. She also directed and acted in many productions at regional and summer theatre festivals. Equally at home in plays, musicals and contemporary opera, her favourite professional credits include the title role of Evita, Emily Dickinson in the one-woman play,The Belle of Amherst, Aggie Rose in the Canadian opera The Boiler Room Suite, Cecily Pidgeon in The Odd Couple(directed by Martha Henry) and Portia (understudy) in Julius Caesar (directed by the late Richard Monette at Stratford). Debora has coached the Soulpepper Academy Artists and has taught voice workshops for the Tom Todoroff Acting Studio; she worked with Elevated Grounds, coaching at-risk youth, and with Workman Arts, a not-for-profit arts company working in partnership with the Centre of Addiction and Mental Health. Debora was the vocal coach for Pamela SInha in Crash, Pamela’s one-woman show that won a Dora Award and played in New York as part of Soulpepper’s New York repertory in 2017. Debora has also coached several iterations of the youth-driven sex education show, SExT, including its Fringe Festival, Summerworks runs as well as its spring 2017 residency at the Factory Theatre and 2018 national tours. Debora continues to explore current practices; she regularly attends the Voice Teachers’ Conferences at the Stratford Festival and she is presently taking a yearlong Kundalini Yoga teachers’ training in Toronto. This summer, Debora coached on the TV series, Star Trek: Discovery, and continued her collaborations with SExt, Shakespearience and Tom Todoroff Studio.